At 20, Victoria is sure she is on the right path as she is expected to write her secondary school leaving examinations next year. But this is not her first time sitting for the exam.

“Í first wrote my high school final examination in 2017 but I was not satisfied with the results as they could not enable me to study for my dream career; to be a Languages teacher” explains a seemingly shy Victoria.

But what inspired her dream to write exams two years after her first attempt?

“Having grown up in the village, I always admired people who had gone far with school. I admired their knowledge of various things, and I wanted to contribute to the development of my village and country through my career”, she says.

Now a Form 3 student at Cornerstone Christian High School, Victoria’s dreams to be a Languages teacher has been shaped by circumstances.

“In my community, most of the people I knew were community social workers and even at my school, almost all Science teachers were male. This prompted me into thinking that Science is for men and not women”, a visibly defeated Victoria said as she explained why she wants to be a Languages teacher.

“Besides, my former school in Madisi did not have any laboratories for learning Biology, Chemistry, and Physics. We were just learning about a triple beam balance from a book but we never had a chance to see it”, she explained, “and during final exams, we would walk to the next available school to write practical exams using their laboratory and appliances.

For Victoria and her classmates, this was harsh because it meant that their first and only encounter with a laboratory would be in an exam, whose results would determine whether they could apply for college or not.
“As a result, many students settle for Languages and Humanity subjects because they do not need laboratories for one to excel”, concludes Victoria.

According to the World Health Organisation (WHO), Malawi ranks as one of the countries with an acute shortage of health workers. The WHO says patient to doctor ratio is at 6 to 100,000 while Malawi’s nurse to patient ratio is at 34 to 100,000. This is below the WHO’s recommended ratio. (http://www.times.mw/staff-shortage-in-malawis-health-sector/)

If one enters a Form 1 class at many secondary schools in Malawi and asks the ambitions of the students, almost half of the students would like to be, either a nurse or doctor. What’s the motive?

They will tell you that they feel sad that their mother, father or sibling died at the place where they were supposed to get a life, the hospital because there were insufficient staff members.

Meet the same students three years later; they will say they would like to either be a journalist or lawyer, why? Because they feel Science disappointed them.
But actually, it’s not Science, is the lack of teaching and learning materials for Science subjects that killed the dream.

We have a group of eleven girls in Form Two who dream of becoming nurses and doctors; help keep their dreams alive.   So, we are building a laboratory to allow these girls to fulfill their dreams. 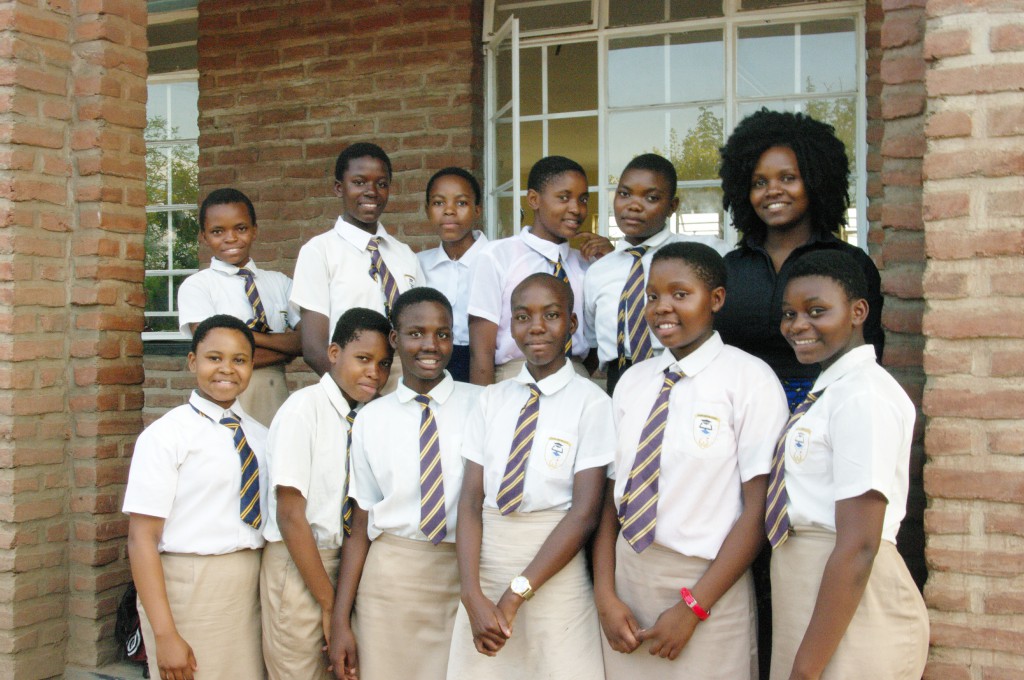 Our aspiring doctors and nurses posing with their Chemistry and Biology teacher; Ms. Msukwa

At Cornerstone, we don’t want to kill dreams. We are determined to inspire them.  We want to give them a path different to Victoria’s. Help us reach $20,000!!

You can make your contribution here:

Cornerstone Ministries’ vision is to create a better community in Christ where children and youth are empowered and their lives transformed. View all posts by cornerstonemalawi